Unemployable! How to Be Successfully Unemployed Your Entire Life!, by David Thomas Roberts

I received a copy of this book in exchange for an honest review.

Sometimes I get so excited reading books about entrepreneurship that I miss the warning signs that a book might be full of shit. So I had to read parts of this book again just to make sure.

I wanted to like this book for inviting the reader to question their current employment situation and consider if the way they traded time for money was really paying off for them in the long term, and for highlighting some of the financial burdens we take on (student loans and mortgages) that keep us trapped in jobs with limited growth and opportunities for financial freedom.

There are some really good nuggets here, but they’re lost in the author’s own confusion and ego as he attempts to define personal freedom through entrepreneurship.

Of course, personal freedom looks different for everyone, and I’ve come to understand it as being able to make money in a way that doesn’t require your constant presence. If you can wake up and make a decision about your day that doesn’t involve doing something to make money and you’ll still get paid, that’s true personal freedom. Roberts defines it as the freedom to do the things he loves without others controlling his time, income, or schedule, and without worrying about money.

He acknowledges that entrepreneurship is not for everyone but doesn’t extend this compassion to the man that raised and provided for him.

There are pros and cons to every type of income-producing model, whether you work for yourself or someone else, and every iteration in between.

Roberts talks about the gig economy as having unlimited potential and personal freedom. Unless you’re in an industry where you can charge a lot of money for minimal output, you’ll be juggling a lot of short-term contracts and assignments that could very well look like the full-time job Roberts eschews, minus the benefits and free donuts in the breakroom. If you’re looking at the gig economy model and you’re thinking of Lyft, Airbnb, and TaskRabbit, you don’t understand how these models work and who’s actually benefiting from them in the long-term.

The person using their car to give strangers rides, subletting their apartment short-term to help cover their rent, or assembling someone else’s Ikea furniture may be keeping their heads above water, but they are not enjoying the financial success and freedom at the level of the founders of these companies.

While they may be in control of how they use their time to make money, this does not meet Roberts’ definition of personal freedom.

As someone who’s been reimagining and redefining the nature of work in my own life, I oscillate between the lure of the financial security that is the scheduled paycheck of a traditional 9-5 and the desire to wake up without an alarm clock, among other less than thrilling aspects of working for someone else. Success for me includes having a life I don’t need a vacation or a retirement from, paying off these student loans, and being in control of my time without having to worry about money.

Since Roberts and I seem to be on the same page, I’m confused as to why he’d offer up the gig economy as a type of micro business with a high potential for success and personal freedom and then go on to talk about other business models, such as sales and owning a franchise as being comparable paths to said freedom. Commission sales models are not for anyone looking to overcome underearning, and the more lucrative a franchise, the higher your net worth has to be for you to be able to buy-in.

Roberts advises college students to not take on student loans to pay for their education and for aspiring homebuyers to not take out a mortgage for more than 15 years, so why would he recommend a business model that has a variable payout structure based on your performance (sales) and one that could cost you 25,000 to several hundred thousands of dollars (franchise)? Where is the money to float you going to come from?

In between these chapters, he goes on about how he was able to become a successful business owner several times over in industries he didn’t necessarily have a passion for but recognized the high financial return. All of this beginning at the ripe young age of 21. He talks about the shortcomings of MBA programs in that they’re only able to produce employees and not entrepreneurs, but there’s no reflection on how different business looked when he was 21 as compared to what it looks like for today’s 21 year olds who want to skip college and jump into into the sea of self-employment.

Network marketing also makes a curious appearance. Early in the book, he talks about how most people don’t know what it actually costs them financially in their jobs, when you figure in commute times and other factors cutting into your free time and earning potential.

But networking marketing, in which your earning potential is determined by both your ability to successfully sell a product and get other people to sell that product for you,  also costs money and time, as well as a few friends and family, when you factor in the initial investment and time you have to spend putting yourself out there and signing people on to your downline.

And then there’s some questionable phrasing and statements, such as mentioning that his stepfather’s job was “given to a minority with an MBA at half his salary” after the company merged, leaving him to “retire into oblivion”, and “if you send a kid to a typical American University today, you will likely get back a little communist…he or she will have leftist propaganda drilled into their impressionable young minds for four or more years.”

Clearly, I am not his target audience.

Aside from that, I really can’t tell who this book is for or what it’s intended purpose is.

When I’m being honest, my multi-passionate, generalist life makes me unemployable. I’ve spent a sizeable amount of interviewing explainng why much of my current work-life is short-term and seasonal (I used to work with farmers) and exactly how is it that I can do all the things I know how to (when you work in non-profits or in under-resourced environments, you don’t have a choice but to figure it out). But mostly, I have to deal with the the prospective employer’s fears that I’m overqualified and will want more money than they’re willing to pay, or that I’ll get bored and leave in less than a year. That is a truer definition of what it means to be unemployable.  For a better definition with real-world examples, visit unemployable.com.

Being unemployable is not about shuffling between several low-paying gigs, not becoming a network marketer or sales entrepreneur, and definitely not becoming a franchise owner.

It’s not clear how long it took for him to grow his business to the level where he doesn’t have to be in it as often as he did when he first started, and I wish he’d been a bit more forthcoming and honest about that. He mentioned not taking a salary in his early years and that’s not something a lot of people are in a position to do. The path to entrepreneurial success can be a long and challenging road for some. You may be required to put in long hours and miss out on important family time for several years before you find success. It’s a lot of responsibility and risk that makes most people fine to simply show up and collect a check.

But to call the entrepreneurial life an unemployable one in this context shows that it doesn’t mean what Roberts thinks it means.

Better Reading for the Unemployable

I Will Teach You To Be Rich

ABOUT MONDAYS WITH MELISSA

Adulting: Are we doing it wrong? Mondays with Melissa is an ongoing conversation about adulthood and the continuous pursuit of personal growth.

Join the conversation in the comments. If you’d like to be a guest, let me know your topic in the comments (leave your email in the box that only I will see) and I’ll be in touch. 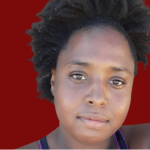 Melissa Danielle shows women over 35 how to make peace with their periods so they can give birth to babies and dreams.

All the Things with Melissa Danielle, mondays with melissa

You're Growing Older, But Are You Growing Up?

All the Things with Melissa Danielle, breathe on purpose

All the Things with Melissa Danielle, mondays with melissa

My Body Isn't Built For This